Teachers and policymakers have long worried about the decline of civic education among American high schoolers.

“Somebody has to run the place, and soon enough, it’s likely to be you,” Justice Neil Gorsuch told a crowd of students last week at the National Constitution Center. “So read the owner’s manual.”

The justice was referring to the US Constitution, the code of our democracy and the foundation of American civic life. Gorsuch was in Philadelphia for Constitution Day 2019, celebrating the signing of the Constitution on September 17, 1787. And I was there to celebrate a growing partnership between the College Board and the National Constitution Center. We’re working together to get students across the country ready for the most important debates in American public life. 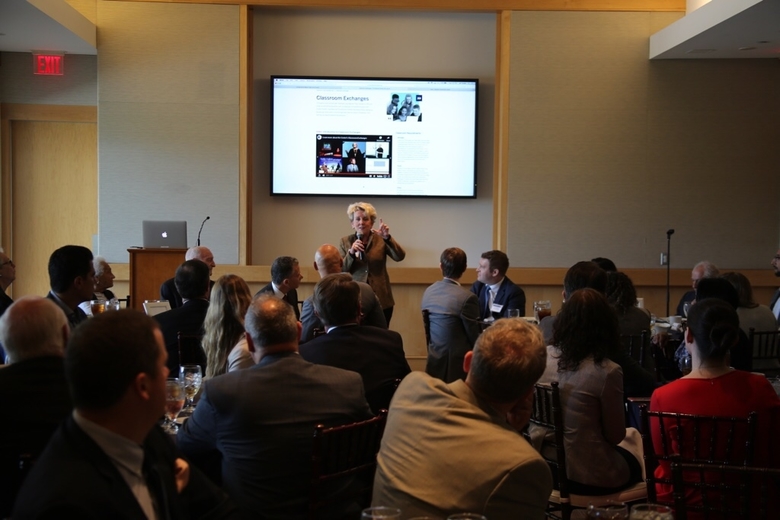 Teachers and policymakers have long worried about the decline of civic education among American high schoolers. And new technologies have heightened those anxieties, with social media and online vitriol eroding support among young people for the First Amendment. A Knight Foundation survey last year found that high school and college students are acutely aware of the downside of free speech, having witnessed online harassment and scorched-earth political debate. Democracy and technology are colliding in unexpected and often disturbing ways.

That’s why it’s vital we give students the tools to understand their constitutional rights — the history behind them, the modern controversies they still generate, and the responsibilities that come with them. Working closely with the National Constitution Center, we’ve created a First Amendment Plan of Study that gives students a deep dive into the fundamental tenets that open the Bill of Rights — free speech,  free press, religious freedom, and the right of assembly and petition. This open and interactive curriculum goes beyond constitutional history and delves into modern debates about the limits of speech, religious observance, and protest.

To vividly bring those controversies to life, we’re also helping promote NCC’s Classroom Exchange program, in which students from different parts of the country come together for a dialogue moderated by a constitutional expert. With a federal judge or lawyer leading the way, students explore constitutional questions now driving real-life court cases and public debates. No amount of talking about civic life is a substitute for living it, for experiencing that citizen-to-citizen connection that’s only possible when you’ve mastered the code of democracy and feel confident using it. That’s what the classroom exchanges drive home.

I got to witness one of these debates last week, sitting alongside a moderator in Philadelphia while a classroom of students in Odessa, Texas debated controversial speech with their counterparts in Reno, Nevada. It was hard to resist the temptation to lean into the camera frame and offer my take, but I held back. The whole point of our work with NCC is to make room for the next generation to read the owner’s manual and get ready to run the place.

So far, students in more than 30 states have taken part in the exchanges. We want to reach all 50 before Constitution Day 2020. Any teachers looking to get involved, or any constitutional law experts excited about moderating a student debate, should visit constitutioncenter.org/learn/constitutional-exchanges.