Five students from the College Board’s Youth Advisory Council joined educational professionals for a panel at Forum 2018 in Dallas, Texas

Five students from the College Board’s Youth Advisory Council (YAC)—student advisors who provide feedback on College Board programs and the current state of education—joined educational professionals for a panel at Forum 2018 in Dallas, Texas.

In 1978, the College Board established a panel of students that has evolved into a young army of over 90-student advisors from across the country and abroad. The College Board recognizes the power of the student perspective and has partnered with DoSomething Strategic—the consulting arm of the largest organization for young people and social change—to aid this initiative.

Moderated by Edward Biedermann, executive director of AP outreach at the College Board, several youth advisory members shared their opinions in a candid conversation about recruitment, the application process, filing for financial aid, and more. 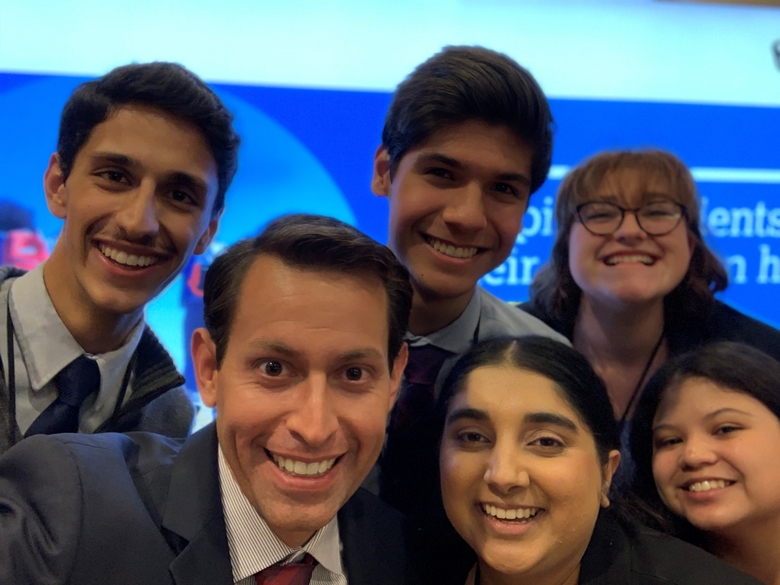 There was a lot to unpack after the #realtalk session, but here are a few takeaways.

The college application process is hard enough without students needing to decode complex jargon. Gurleen K., a high school senior, posed the question: what does the holistic approach really mean? The college application and financial aid processes feature terminology that many students have never encountered before—from a host of acronyms to confusing (and sometimes intimidating) financial language. And while there are some resources, like the College Board’s Big Future College Admission Glossary, the process can still be overwhelming.

As a first-generation student, Angela M. has had a particularly challenging time navigating the college landscape due to her parents’ unfamiliarity with the college-going process. She expressed anxieties around finalizing her college list and successfully completing the financial aid application process. “When it comes to specific things like filling out college applications and college forms, there’s a lot of phrases I’ve been unfamiliar with and, for the most part, I am able to turn to my brother, who is in college right now, but we’re a distance apart and he doesn’t always respond to my texts,” said Angela.

“Generally when it came to filling out financial forms, like the FAFSA, I would ask my mom ‘do you know where this would go’ or ‘what does this mean exactly…but she would answer me with uncertainty and that to me was kind of a little scary.”

Biedermann, who applied to college 20 years ago, recalled for the student panel the sense of accomplishment he felt when he filled a xerox box with college brochures when he was in high school. Times have changed, and technology has transformed the way colleges and universities conduct recruitment and outreach. High school senior Isabella G. has a modern-day version of a Xerox box filled to the brim with brochures, except the Xerox box is an inbox and brochures have been replaced with dozens of emails from colleges. “I received a ton, and I took the time to read them all. But when I got them, they all kind of followed the same cookie cutter ideology,” said Isabella.

“You receive the view books. You receive emails, and you go through the websites and you see all these beautiful pictures. Stoic pictures, kids laughing in the library, face deep in a book. Exactly what I thought college was going to be like,” she joked.

She gave an example of two colleges that she considers vastly different that showed almost the same imagery in their marketing materials.

“When I saw pictures of the trees, they looked exactly the same. I realized that all college brochures and emails kind of run together in the long run. Your trees are not prettier than somebody else’s trees. I’m kind of sick of seeing pictures of trees at this point. When it comes to different advertisements, I just didn’t find that any of them spoke differently. So I was left with the question: is this a place I’m going to fit?”

Isabella fears she will matriculate at a school that isn’t a good fit based on a one-size-fits-all marketing approach. The students agreed that they want tailored information and messaging that allows them to envision themselves at a school’s campus (perhaps, amongst the trees). This is ever more true for students who are unable to participate in college tours and campus visits.

Caleb H., a college freshman, recalls the challenges he faced as a homeschooled student navigating the college application process. “Being a homeschooled student presents its own challenges. You’re constantly being second-guessed just because it is kind of a gamble,” said Caleb. Caleb values his untraditional schooling, an experience he says he wouldn’t trade for anything.

“My parents specifically wanted me to have an amazing education where I had a solid understanding of the core disciplines but also they wanted me to be able to tailor-make my education so that I could explore interests that I had. I was able to, my senior year, intern at the state capitol, working with my municipal court as an advocate, things that normal, traditionally educated students don’t necessarily have the time to be able to pursue,” said Caleb.

Jonah M., a high school junior, took the initiative to take three AP exams for courses that were not offered at his high school but that he felt would prepare him for his desired college major: economics. While he’s grateful for the opportunity, he recognizes this privilege and that some of his peers may not have access to similar opportunities or college-level courses.

“I wish for a future where every single student will be able to take advantage of opportunities that allow them to stand out in their own way in college applications."

Every student brings a unique mix of qualities that can help them stand out in the college admissions process. Storytelling is key, whether it’s demonstrating how an untraditional educational trajectory is an asset or showcasing initiative and drive by taking additional AP courses.

Lesson 4: For students, by students.

Perhaps the most important lesson of all, and what is at the heart of the YAC’s purpose, is that students have opinions and they’re ready to share them if we’re willing to listen. This may seem like a no-brainer: ask the audience you serve how best to serve them, right? We want to elevate student voices in the college search and admissions arena, and this group is making it happen.

Isabella, who has been involved with the youth advisory council since her freshman year of high school, shared how the experience has helped demystify what many kids consider a mysterious organization. She also reflected on the work her and fellow council members do to support the College Board.

“The most transformative or important thing that we’ve done is just offer our feedback. It’s being able to know that my ideas are not only heard but are validated by these people."

Pulitzer Prize-winning novelist, Ernest Hemingway, said, “when people talk, listen completely.” Perhaps, he was onto something.